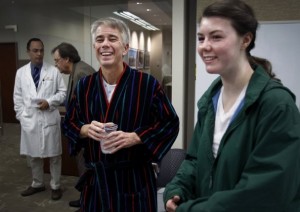 The English have a figure of speech which posits that possession of a good kidney is right up there with having a good heart or (more bluntly) a set of balls.

So when a public figure announces, out of the blue, that he intends to give away one of his kidneys to someone else who is in desperate need of one, that’s, paradoxically, having a good kidney, all right. And when the would-be donor is donating a kidney not, as one would expect, to a loved one but to whom-it-may-concern out there in the population of renally afflicted John Does, well … it boggles the mind.

County commissioner Steve Mulroy, who represents the 5th District of Shelby County (East Memphis, essentially), will be undergoing voluntary surgery in a little over a month to have one of his kidneys removed and made available to whoever might need it in the area served by the UT-Methodist Transplant Institute, whose head, Dr. James Eason, will perform the surgery.

Read the rest at MemphisFlyer.com!